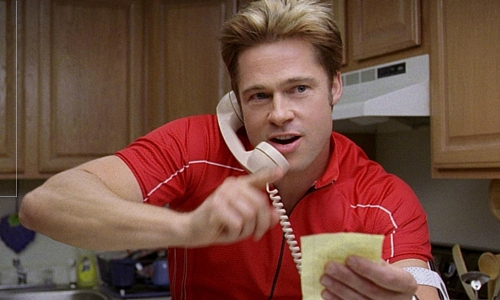 Posted at 12:32h in Uncategorised by shuser 0 Comments
Share

You’re a new filmmaker and you have an amazing script and you want to send it to me? Please don’t do this…

Much of this will (I hope) seem to be a statement of the bleeding obvious, but, when I was in international film sales, all these things below happened A LOT and, contributed, in every case, to a person or project not taken seriously.

But first, let me remind you of something. I know you are an extraordinary talent and have a special film that is going to knock my socks off and be a resounding success…however, the likes of me get so many unsolicited calls, emails and submissions of terrible scripts and unwatchable films that will never see the light of day, your initial contact is most likely going to be an annoyance to be dealt with, rather than the red carpet VIP welcome you are hoping for. Plus, execs are usually really bloody busy and probably expecting another call.

It’s worth saying that, while often annoying, cold calling can work. We ended up selling (and producing via a sister company) a film which had started as a cold call. My former colleague and Head of International James Norrie happened to pick up the main phone. I asked him what was engaging about the person on the other end. He said “He was self-deprecating, humble and keen to work in the industry. Also somewhere quite random like Missouri which hooked me because it was so out of the ordinary.

In all these cases, there is arrogance and assumption that’s really unattractive. You will never get to me if you are rude to or have lied to my staff, I’ve just learned all I need to know about you and why I don’t want to work with you. And, by the way, my former interns have gone on to senior positions all over London.

This, to me, is the opposite of six above. You don’t want to be too arrogant, but you need to believe in yourself. Sending an email into the anonymous ether, especially if you’re actually including sizeable material like a script (NB don’t unless asked), there is also a suggestion that you don’t believe enough in yourself or your work.

Person: “Hi Sam, I wanted to arrange a meeting.” Me, “I’m sorry, do we know each other?” Person “No, I came across your company and thought we should meet”.

Google and IMDB provided no clue as to who he was (it’s invariably a he, and usually a young he) other than having absolutely no credits in the film industry and, having got to the courtesy of actually prompting him for further information and receiving none, concluded he was probably an arrogant knob end (see six and seven above). And I’ve given up working with arrogant knob ends.

And you never know what may happen…

In future blogs I am going to give you the template as to how to pitch and position your film in person as well as in an email. There will be lots and lots of talk about genre and the importance of understand where your project fits, how to come up with a two line pitch, how to write a synopsis, how to present yourself, what materials to include etc.