Testimonials from Producers and Writers

“Sam gave forthright, informed and rigorous feedback. She understands the positioning of a project in the marketplace, but also has a great understanding of story, character, structure, humour and tone, which is a rare combination. I recommend her services to anyone in search of an honest overview and/or detailed script analysis of their project.” Harriet Rees, producer Chalet Girl 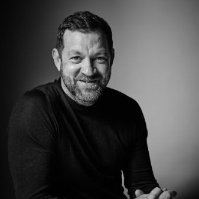 “Sam was initially hired as script consultant, then worked on the edit with us, then introduced us to sales companies and then, even more amazingly, helped us to launch Two Pigeons at SXSW. Bottom line, she was great to work with. She’s passionate, creative but also a straight-talker when you need it, three invaluable traits you must have in a consultant (who ends up becoming Associate Producer) on your first film.” Matt Hichens, producer Two Pigeons

“The most efficient development experience I’ve ever experienced. What Sam picked up in the first draft – about what we needed to do to hit the target audience – wouldn’t usually get picked up till draft six. It meant that draft 2.5 was ready to go out to actors.” Christopher Simon, producer Miss You Already & The Sweeney 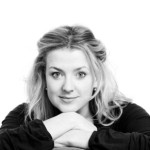 “Sam looked at an early draft for us, and, from the perspective of the target audience and how they would want to relate to the material, nailed the issues we were having with characters and tone.” Arabella Page Croft, producer Sunshine on Leith & Outpost

“It’s fantastic to have someone like Sam out there, someone who provides the missing link between writers and sales agents, to advise on positioning projects and assessing their commercial viability in the marketplace. There’s no one else doing this.” Dominic Santana, writer director 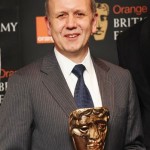 “Samantha knows what sells and what distributors and audiences want, both international and domestic, and working alongside her during development just helps to make the path to market smoother.” David Parfitt, producer My Week with Marilyn & Shakespeare in Love

“We love working with Sam to both sound out ideas at an early stage and read scripts before our initial launch to sales companies and distributors. The process can further enrich what we already have and provides an invaluable insight into how the market is likely to respond.” John Giwa-Amu, producer The Machine & The Call Up

“I received consultation on one of our projects – one that was complex and ambitious and difficult, one that required an understanding of both sides of the equation so to speak – the market and the practical financial realities of making the film. Within minutes Sam had drilled down, and uncovered the core concepts that were used in what became the main driving business-to-business pitch since then. Not only that, she allowed us to get our concepts across in a language that worked for the more hard-nosed demands of the market.” Conor Barry, producer Savage Productions

“Sam provides a first-rate service, particularly when it comes to identifying how to maximise the international potential of your film.  It’s a comprehensive offer – from looking at concept and pitch, to detailed consideration of script, genre, casting and comparable films.  She knows her stuff!” Pauline Burt, CEO Ffilm Cymru Wales 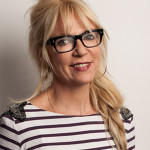 “When assessing or developing a feature script Samantha has a unique perspective on commercial appeal and audience perception. She has valuable experience in understanding the international film market and can offer objective and direct advice and support to the Writer and Producers. And added to that, she makes her own chutney.  The perfect combination. ”  Morwenna Banks, writer Miss You Already

“Sam is the perfect sounding board, trusted advisor and a task master with the right amount of hard. Her experience, expertise, generosity and encouragement has changed the trajectory of my writing, and propelled it forward.”  Alex Ireson, writer and mentee 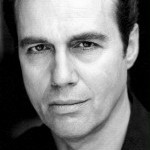 “Sam has that rare talent — knowing, absolutely, whether a script will work in the market, but also with a sharp instinct for those maverick stories others might not spot, stories that will touch something in film-goers. Her development notes come with no agenda — no matter how tough — you always know that she has only one thing in mind — the success of the project. On those two vital areas, character and structure, I found her to be wonderfully sharp.” Paul Herzberg, writer & actor

“I have been fortunate to have worked closely with Samantha for many years, and have found that her insights, experience and talents within the international marketplace is invaluable in ascertaining the positioning of potential material.  She excels in the business of helping people fix their scripts from the viewpoint of the international market, and helps films find their footing so they can be positioned for the utmost success.” Lauri Apelian, producer Clive Barker’s Dread